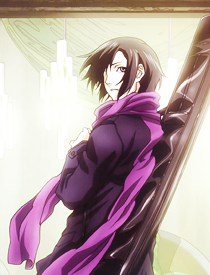 B
ack in 2009, this page held the impressions I had when watching the OVA for the first time as it was being released. Although I've rewritten it a great deal, and none of the former content exists, just looking at this space really does bring back some fond memories of mine. When an anime adaptation of Dogs was announced, I remember how excited I was to see Naoto in action, eagerly awaiting each episode to see when she would appear!

The OVA only covers the events of Dogs: Stray dogs howling in the dark. There are a total of four episodes with each one focusing on one of the main protagonists. The third episode, "Blade Maiden," is the one that features Naoto most prominently, though she does make an appearance earlier than that—albeit a very brief one.

The voice actress for Naoto is Shizuka Itou. Initially, I thought her voice was a bit too high—higher than I imagine Naoto's to be, in any case. However, I eventually grew to enjoy Itou's voice acting, and now I think it suits the character fairly well.

N
aoto's first appearance comes earlier in the OVA than it does in the manga. In the middle of the second episode, "Gun Smoker," she can be seen visiting the restaurant Buon Viaggo to deliver a newspaper to Kiri. This scene is also in the manga, taking place near the end of the third chapter, "Blade Maiden [Part 1]."

In "Blade Maiden," this scene—or something similar to it—occurs as well. This may suggest that some events of Badou's episode are happening simultaneously alongside the ones in Naoto's episode. In fact, Badou, Mihai and Mimi can be spotted in the back of the restaurant!

N
aoto's episode, "Blade Maiden," stays entirely faithful to the manga version of events—even the fight scenes. Although the art for me personally is just okay, the backgrounds are nice, and the color and detail the OVA provides help clarify or illuminate certain scenes.

For instance, following her rescue from Magato by Fuyumine, the coat Naoto wears in the rest of the episode seems to be the same one Fuyumine gives her. In the manga, this is never explicitly made clear, and the art is ambiguous enough to suggest otherwise. Regardless of whether or not it really is canon, it is a lovely touch, and I wouldn't mind accepting it as such!

"Blade Maiden" is one of the few episodes that have a post-credits scene. The episode ends formally with Naoto exchanging words with a dead Fuyumine. After the credits, however, Naoto is shown leaving her old home to journey to the underground; this is the last scene of her part in the one-shot, Dogs: Stray dogs howling in the dark. In the OVA, it appears to be winter when she leaves.

Even though you can get the same story from the manga, watch the OVA for the fight scenes because they are glorious! They are beautifully animated, and it's fun seeing the manga panels come to life in such a way. 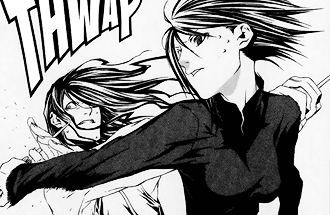 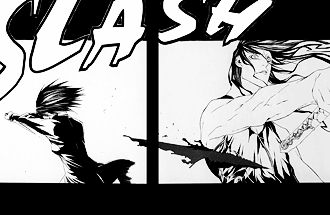 O
verall, it's nice to see Naoto in action, and the fight scenes make me wish for an animated version of Dogs: Bullets & Carnage, too. Maybe someday? (... Please.)